>Films and computer games with violence are very popular in the world.  Some people believe these have negative effects on society and should be banned.  Other people say these are just harmless relaxations.  Discuss both views and give your own opinion.


Violent films and computer games should be banned, if possible, because they can emotionally affect many viewers, particularly children.  It can be seen that violence remains one of the most problematic areas for censorship in many countries, especially when it is in conjunction with sex and drugs.  The question is not why but how.

It is not without logic that films and computer games with violence should be put out of the market.  According to experts, continued exposures to violent images will make children less sensitive to violence.  In fact, they are gradually more accepting of violence and therefore more likely to commit aggressive acts since the emotional component or brake associated with aggression is reduced.  That is to say that the more violent the scenes and the longer they last, the more normal the behavior seems.  As a result,  heavy users of image violence, mostly boys, may turn a blind eye to real violence, and even to commit brutal offenses themselves.  Scientists also find that criminal acts can be easily imitated, so much so that quite a few boys are swayed into thinking the violence depicted on the screen as "glamorous," or "fun," or "risk free."

That issue has obviously attracted criticism from mostly conservative sectors, including parents, but criticism alone is not enough to prevent those immature youths from being "corrupted" by violent video games and television programs.  On the other hand, some liberal groups say something to the contrary, arguing that such harsh criticism tends to be exaggerating and often groundless because most films and computer games with a moderate degree of violence are just harmless relaxations.  Admitting that in extreme cases censorship should be recommended, they nevertheless claim that  the majority of violent scenes are imitations of a rather violent world and not vice versa.  They believe that a total ban on explicit violence on the screen is not at all practical since it may only lead to business underground like illegal drugs.  This opinion seems to indicate that censorship is a matter of public taste and discretion, and so film makers and video games producers are not entirely to blame.

In summary, given that violent films and computer games can have adverse influence on society, it is probably not the right thing to outlaw such products completely.  It is appropriate that public censorship should be effectively applied, where necessary, so as to get rid of young criminal minds.  Consequently, the only solution left for now seems to be a rating system that draws a line for R18: restricted for age 18 and over. 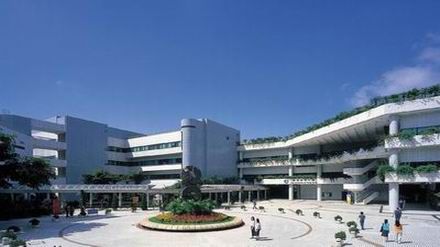