during 2015 and 2016. The table shows the percentage change in each category of

and plans for its development.

Summarise the information by selecting and reporting the main features，

and make comparisons where relevant.

1. Many businesses think that the new employees who graduate from schools lack

basic interpersonal skills， such as working with colleagues as a team. What are the

causes and solutions to this problems？

2. An increasing number of people are changing careers during their working life.

3. Some people argue that job satisfaction is more important than job security， while

others believe a permanent job is more important. Discuss both views and give your

4. It is a good thing for people in senior management positions to get a higher salary

than other workers in the same company. To what extent do you agree or disagree？

5. In many countries， women are allowed to take maternity leave from their jobs

during the first month after the birth of their baby. Do you advantages outweigh the

6. Some people believe young people are not suitable for important positions in the

these positions. Discuss both these views and give your opinion.

7. Some groups of people benefit much from modern communication technologies，

but others think they are not beneficial. To what extent do you agree or disagree？

8. Some people think that technology makes life complex， and therefore we should

make our life simpler without using technology. To what extent do you agree or

9. Some scientists believe intelligent life forms may exist in other planets and some

scientists believe it is a bad idea and could be dangerous. Discuss both ideas and give

10. The range and quality of food has been improved with the development of

technology and scientific advance. Some people think it is good and others think it is

harmful. Discuss both sides and give your opinion.

11. In the past， knowledge was stored in books， but now it is stored on the Internet.

Do you think the advantages outweigh the disadvantages？

12. In some countries， the widespread use of the Internet has given people more

freedom to work or study at home instead of trvlling to work or college. Do the

13. Many people today prefer socialising online to spend time with friends in the

local community. Do the advantages outweigh the disadvantages？

14. Young people who commit serious crimes， such as a robbery or a violent attack

should be punished in the same way as adults. To what extent do you agree or

15. A recent newspaper article reports that a 14-year-old boy who seriously

prison. Do you think this is right， or the young criminals should be sent to the jail？

16. Some people who have been in prison become good citizens later， and it is often

committing a crime. To what extent do you agree or disagree？

17. In many countries， prison is the most common solution to the problem of crime.

they cannot become criminals. To what extent do you agree or disagree？

18. In some countries， the criminal trials are shown on the TV and the general public

can watch them. Do the advantages outweigh the disadvantages？

19. Detailed descriptions of crimes on newspaper and TV can have bad consequences

on the society， so this kind of information should be restricted in the media. To what

extent do you agree or disagree？

20. The government should control the amount of violence in films and on television

in order to decrease the level of violent crime in society. To what extent do you agree 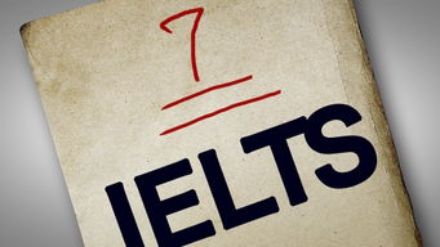